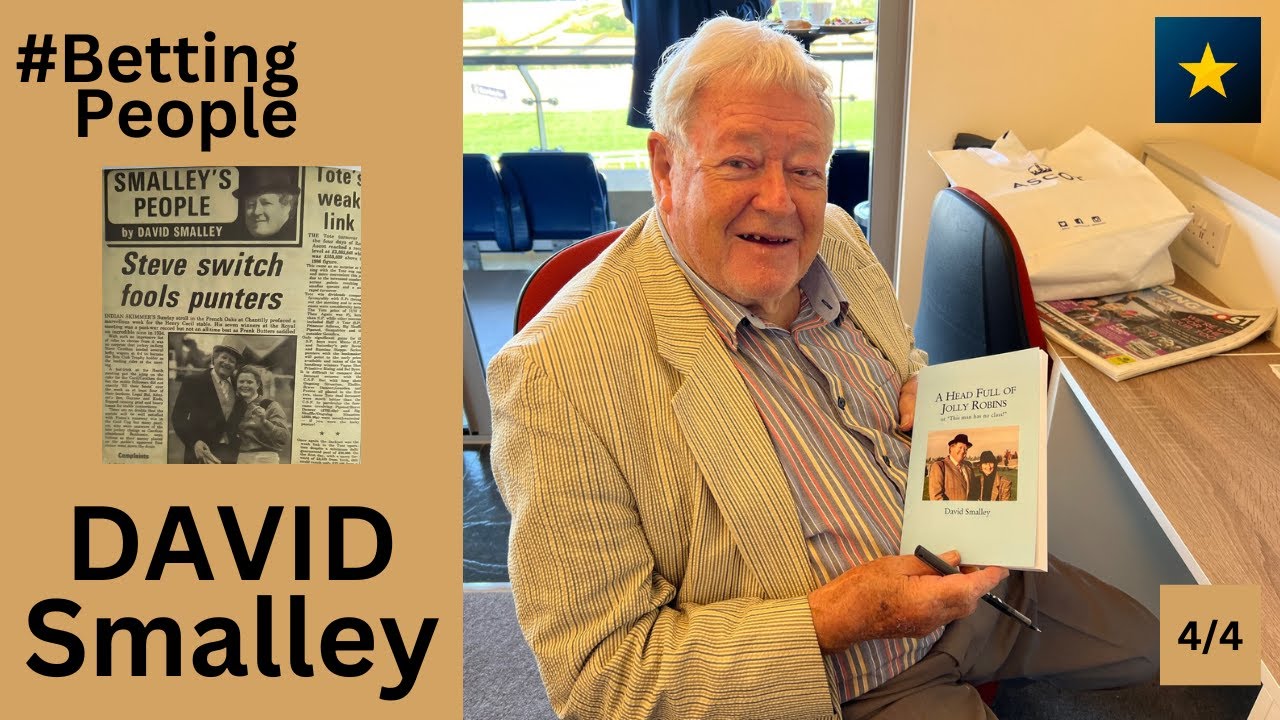 David Smalley worked in academia and horseracing in tandem, in racing as a Starting Price Reporter and Columnist. He’s just written a book on his life ‘A Head Full Of Jolly Robins’. In this interview he talks about his varied life in ‘the game’.

In Part 4, David talks about his book ‘A Head Full Of Jolly Robins – This Man Has No Class’, writing his column ‘Smalley’s People’ in the Raceform Handicap Book, doing his money on the last leg of Frankie’s Magnificent Seven and more.