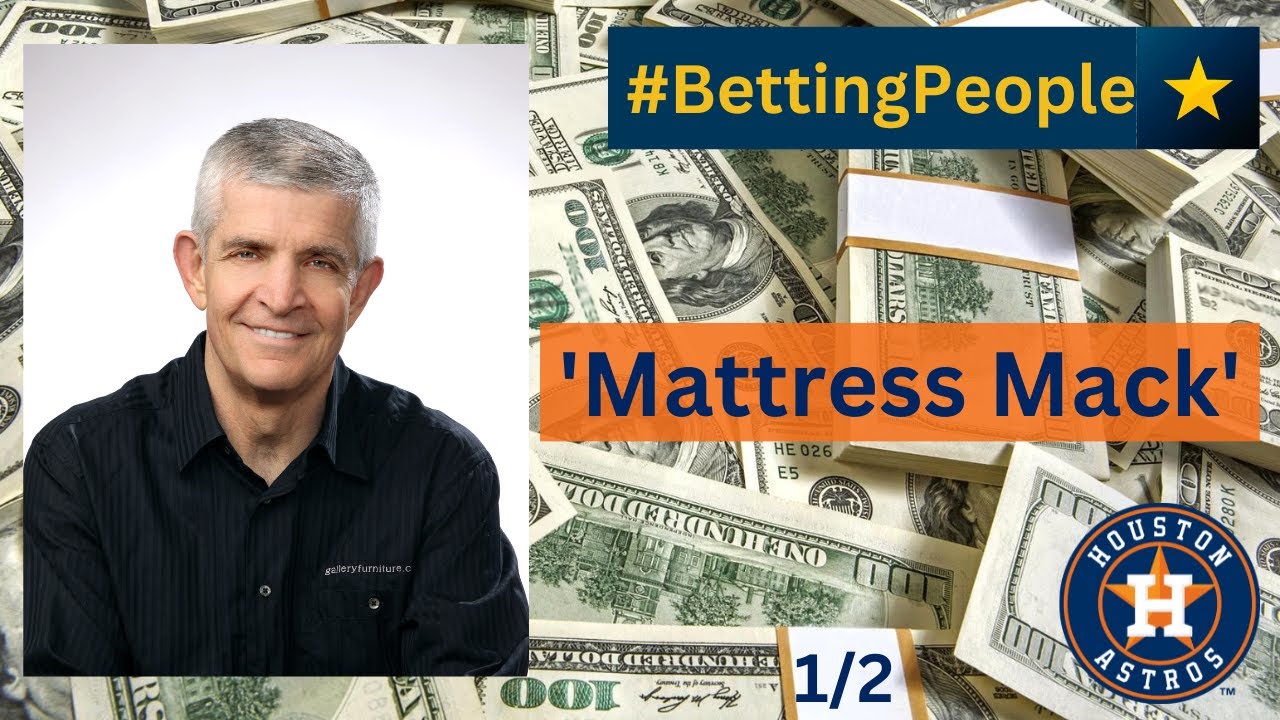 ‘Mattress Mack’ is businessman from Houston Texas who has become known as one of the biggest punters in the USA. He bets in millions on the outcome of US sporting events. His first game was an offer to customers that if they spent $3,000 on furniture and the Seattle Seahawks won the Super Bowl, he’d give them their money back. They did and he lost $9,000,000. In this two part interview ‘Mattress Mack’ tells his story.

In Part 1, Mack talks about the first offer that cost him $9,000,000, taking a rucksack with $1,000,000 to bet in Las Vegas, getting his bets on, even though it’s illegal to bet in Texas. He explains that now rather than gambling he’s using his massive bets to cover his offers which have made him famous in the USA.

Can I Beat The Bookies for Charity? – Betting Challenge