The most incredible & controversial market betting market ever | £1.7 Bilion wagered 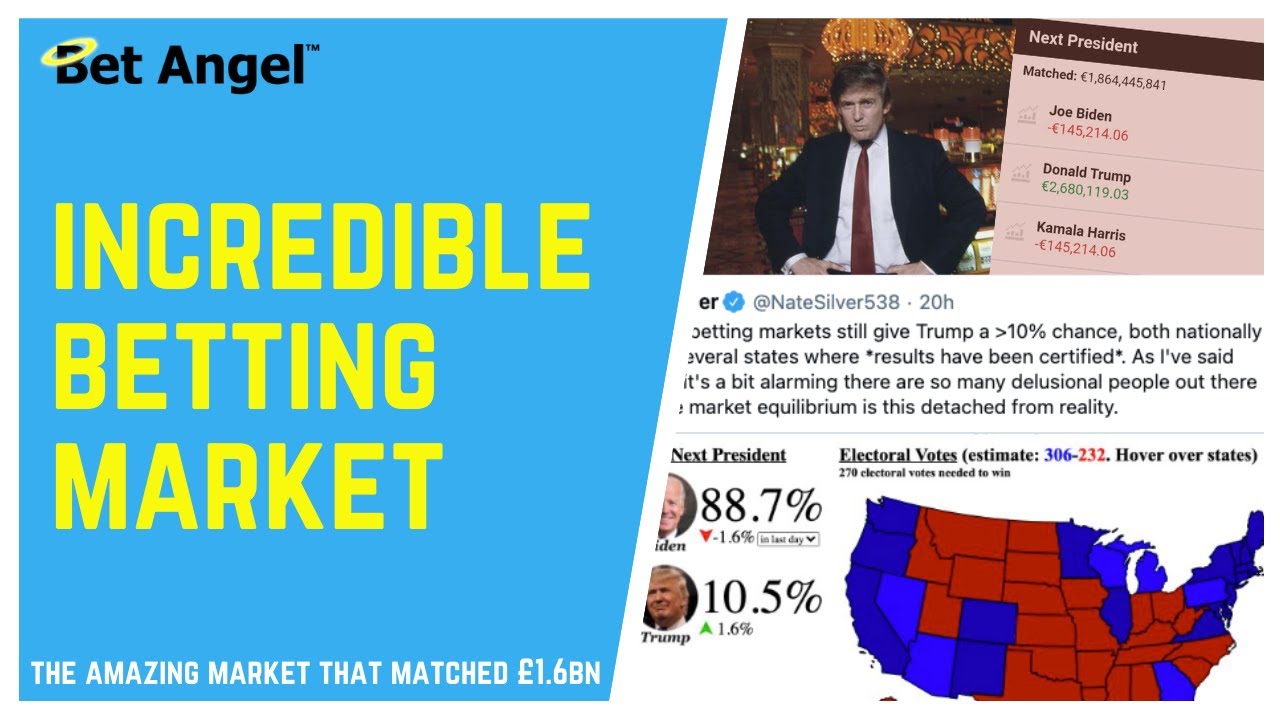 During the US next President betting in 2020, we were treated to a remarkable political betting market between Donald Trump and Joe Biden.

The previous US President market in 2016 was the Betfair betting exchanges biggest market ever at just short of £200m.

But the highly fractious and controversial 2020 election campaign smashed through that record to match a total of £1.7bn.

In this video, we review that insane amount of betting money matched on the market and why it may not be the same amount risked as you think.

We also look specifically at issues around the settlement and why Betfair maybe should have settled the market earlier but kept the market open until the last possible moment.

Unfortunately, this led to a lot of people continuing to bet on something that had theoretically ended.

However, there are still betting markets open when you can still effectively bet on Donald Trump to remain in the Oval Office in 2021 and beyond.

As I’m an advocate for Betfair trading, I traded the market and have no additional gain for whoever won the race and whatever happens after election night.

My views here are based on what I’ve learnt in 20 years on the markets and are not influenced by the outcome. Just thought I’d point that out.